Do You Know What Your Street Used to Be Named?

Arlington Public Library has digitized a directory of street names to easily and quickly navigate maps and addresses of the area before the change of the street-naming system in 1934.

Arlington’s current street-naming system was adopted in 1934. A citizens committee studied the hodgepodge of streets first created in the area by the topsy-turvy development of many unincorporated communities. The Arlington County Board then implemented a system that eliminated the many duplicated street names — for example, there were 10 Arlington Streets and 11 Washington Streets — and retained historic names, setting the pattern for naming streets that remains in effect today. 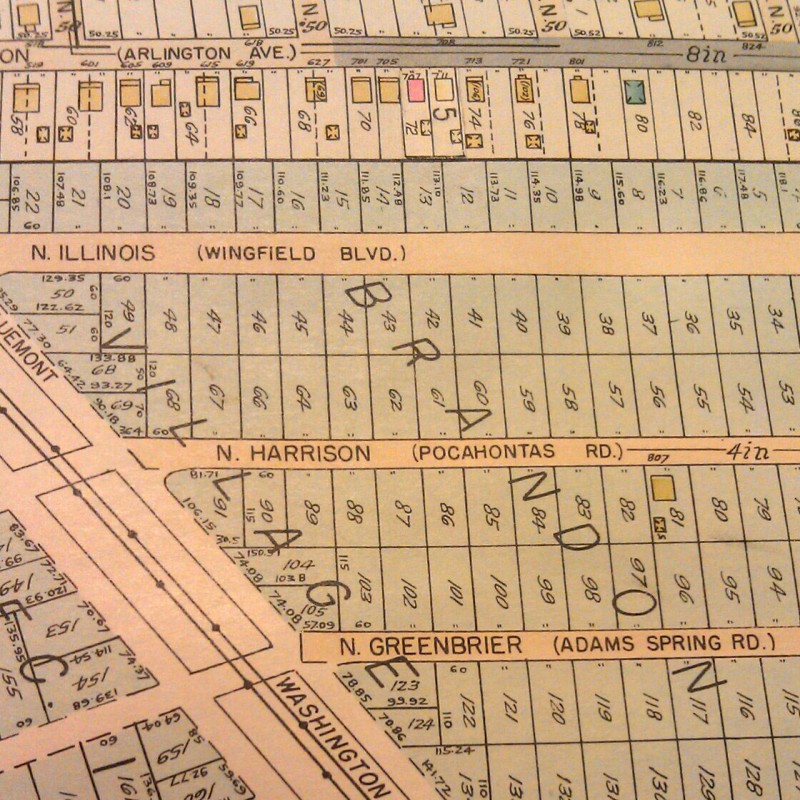 An image from a 1935 atlas of Arlington County in Arlington Public Library’s collection shows the new and old street names with the former street names in parentheses.

Understanding the system for naming and numbering streets will make it much easier to find your way around.