In January 2016 the County Board approved an ordinance establishing the rules for how the new bus-only lanes are used and enforced. Details are below.

Who can use it?

Illuminated signs above the lane and signage along the street will indicate when the bus-only restriction is in force.

Alongside South Glebe Road, Route 1 and Crystal Drive up to 26th Street. These newly built lanes are separated from general traffic by a curb.

Who can use these?

Signage at intersections will note these restrictions. Examples are below.

Select an image to see the full-size version. 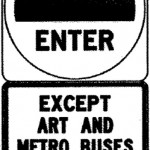 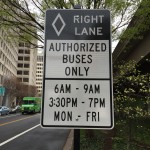 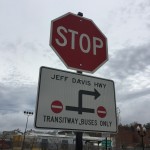 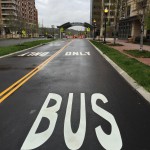 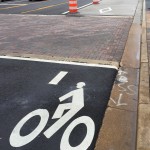